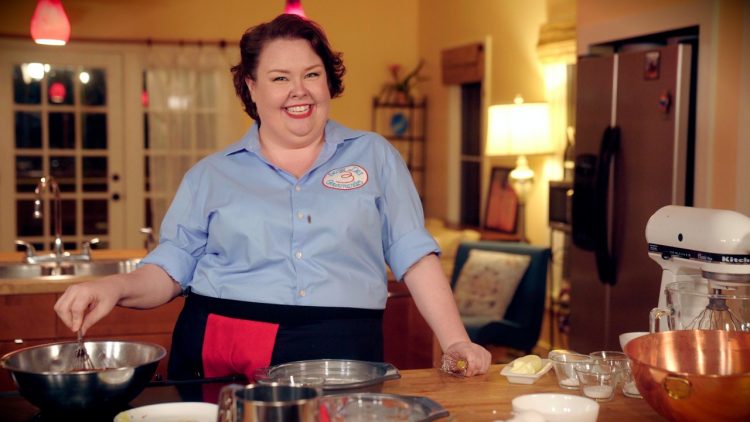 Over the course of its 400-year history, Opera has evolved to have a greater focus on the drama of everyday life. For instance, the genre successfully made the transition from stories of Gods and mythic leaders of the past in l’Orfeo (1607) to Italian peasants getting caught in adultery in Cavalleria Rusticana (1890). In the new millennium, the art-form has evolved even further. John Adams’s invention of the ‘CNN opera,’ with works like Nixon in China(1987) brought the operatic treatment usually reserved for nobility to modern day politicians and major cultural figures.

The latest development in this evolution is to give operatic treatment to stories you might not think you’d see on the operatic stage. Mark-Anthony Turnage’s Anna Nicole (2011) may seem laughable on paper, but it is actually a very good opera, because it treats its subject seriously, giving Anna Nicole Smith dignity on an operatic scale.

Much the same can be said for Thomas Adès’s, Powder Her Face (1995). This work examines the life of Margaret Campbell, the “dirty Duchess.” Her high-profile divorce from the Duke of Argyle infamously culminated in a courtroom incident where photos of her extramarital affair (depicting her giving oral sex to a mystery man, as well as allegations of as many as 88 men whom the Duchess’s husband believe she had sexual relations with), were revealed to a courtroom and present reporters. The affair alluded to in this incident is reflected in Powder Her Face’s Act 1 Scene 4 aria, where the soprano depicts fellating a hotel waiter.

Like Anna Nicole, Powder Her Face explores the psychological and emotional costs of living in the spotlight—even giving its protagonist a Mad Scene at the end. Lee Hoiby’s Bon Appétit! continues this operatic trend by centering on Julia Child, the mother of the modern cooking show. Her story is no stranger to audiences who know the 2009 film “Julie & Julia,” where Meryl Streep and Amy Adams tell the story of a woman who writes a blog as she cooks her way through Julia Child’s seminal cookbook Mastering the Art of French Cooking. As a television personality, she was best known for her lighthearted foibles and the fact that she frequently got things amiss and took it in stride. It endeared her to viewers, as it made her more relatable and someone you would like to drink a glass of wine with.

Opera Philadelphia chose Lee Hoybi’s Bon Appétit as part of its recent fundraiser. The event aired on the Opera Philadelphia channel on Friday, January 8th and will be available until the 15th. Bon Appétit is the ideal opera for a fundraiser. Clocking in at around 20 minutes, it is a short comic opera meant to be a musicalized setting of an episode of Child’s TV show, The French Chef. In fact, the libretto is drawn from two actual scripts of the show. Additionally, the opera follows Julia as she makes her famous “Le Gateau au Chocolate l’Eminence Brune,” a chocolate cake with expresso.

Having seen this opera live, pre-Covid, I must write here, that what makes this opera really fun is the opportunity to eat cake after the performance, because “Julia Child” is literally baking during the opera.  Unfortunately watching it on Opera Philadelphia’s channel, was slightly difficult as viewers were forced to see the cake without the ability to eat it.

Fortunately, this allowed other aspects of the performance to come into sharper focus. Chief among them is Mezzo Soprano, Jamie Barton’s tour du force performance. Barton is an incredible singer and consummate actress, who has left her mark on the grand tragic mezzo roles of opera, such as Fricka, Princess Eboli, and Ježibaba. By contrast for this piece, it was thrilling to discover her impeccable comedic chops. She made the most of the score’s punchy staccato lines, which emphasized Julia Child’s bubbly speech and mannerisms. Perhaps because of time constraints, the score does not lend itself to many moments of profound lyricism and introspection. Those that are there like when she marvels at a beautiful batch of whipped egg whites are quick. Here, Barton made the most of them while managing to keep up the pace of the score.
Physically the performance offered Barton plenty of opportunities to clown around, in a way that mirrored Julia Child’s many accidents on camera that so endeared her to the public.  At one point she sprayed batter across the kitchen when she stirred too vigorously.  Also, when she has a battle with a standing mixer to see who could whip the egg faster, the camera zoomed in on Barton and the audience was treated to her delightfully exaggerated pinched face.

Prior to the performance, the Director of Community Initiatives, Veronica Chapman-Smith surveyed Opera Philadelphia’s various outreach programs and explained how they have been adapted to continue through the pandemic. The Residency Program, for 4th graders, had a virtual 10-week residency, which included relationship building, social and emotional learning, identity, and activism.  Their Dress Rehearsal Program allowed participating schools to access for free, off the Opera Philadelphia channel, both Traviata & Cycles of My Being. T-Voce, a program for 13-19-year olds, has had weekly zoom rehearsals and voice lessons, as well as workshops and collaborations with other organizations. Virtual Backstage Pass is a vocational training program with collaboration with I.A.T.S.E Local 8 and the International Alliance of Theatrical Stage Employees.  And finally, Reflection & Re-Visionwhich was launched in September, contains free digital series on the cultural, social, and historical perspectives of the operas.

People in the Philadelphia region who donated at the Benefactor level and above were provided a three-course French dinner from acclaimed chef Pierre Calmels’ Bibou Boutiquewhich, of course, included chocolate cake.

If you would like to donate to Opera Philalphia text CAKE to 91999 or go to OperaPhila.org/CAKE.