Peter Szep and Gregory Moomjy sit down to talk about Houston Grand Opera’s 68th world premiere “Marion’s Song”, based on the life of Marian Anderson, one of the most celebrated singers of the 20th century, who broke racial barriers throughout her storied career.  Composed by Damien Sneed to a libretto by Deborah D.E.E.P. Mouton 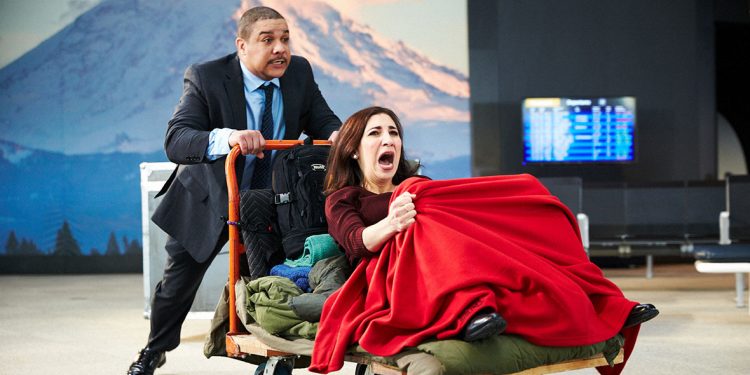 By Gregory Moomjy One of the greatest facets of the modern opera scene is the depth and breadth of subject matter for new opera. Much has changed in opera repertoire even since the career of Benjamin Britten, who only passed in 1976. His greatest operas—such as Billy Budd and The Turn of the Screw, and even some of his… END_OF_DOCUMENT_TOKEN_TO_BE_REPLACED

We welcome the creative team and star of dwb (Driving While Black), the new UrbanArias-produced film adaptation of the recent one-woman opera by Susan Kander and Roberta Gumbel. We are joined by Du’bois and Camry A’Keen, director and art director; Robert Wood, conductor and Artistic Director of UrbanArias; and Karen Slack, soprano. We learn how this timely and moving piece was created,… END_OF_DOCUMENT_TOKEN_TO_BE_REPLACED