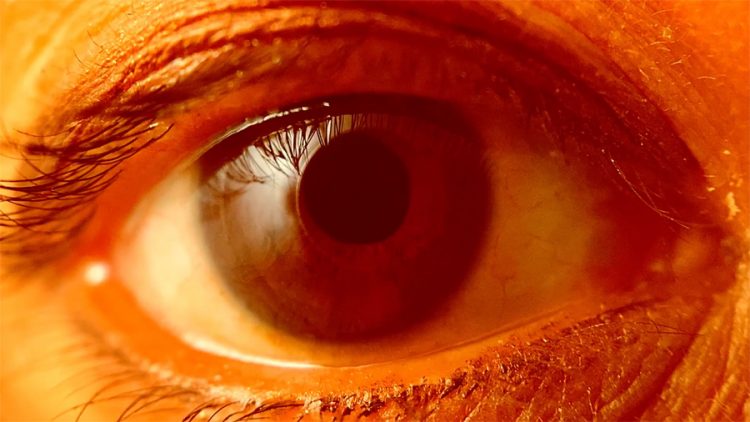 Every year the Prototype Festival pushes the boundaries of opera and musical theater for New York City audiences. In the past, they’ve presented works like Aging Magician composed by Paola Prestini.  Recently they have performed Blood Moon, an opera influenced by Japanese noh theater, the oldest form of theater in Japan.  The festival has even commissioned Iron & Coal a rock opera about the Holocaust. All of this is to say that the festival prizes innovation. This year, however, presented a unique challenge – how to produce opera that speaks to the horrendously complicated year we’ve just lived through and is accessible to people living in the midst of a global pandemic.  The answer is a co-production with the L.A. Opera called Modulation.

The 2021 festival continues being innovative as Modulation is the only opera so far to use the digital format of a videogame as the main concept of its production.

When you first log on to the site, you are faced with a screen called “The Clearing.” Three monolithic doors set in a background of hills give the appearance of the monolith in Stanley Kubrick’s cult classic “2001: A Space Odyssey.” The first sound you hear as you literally choose-your-own-adventure, is the sound of deep breathing. In fact, Astral Gold by Carmina Escobar,which here represents our common humanity, is the thread that links all these operas like a leitmotif. On each of the four screens you hear some form of human breath, whether it’s calm, stifled, or singing a sustained vowel. The operas themselves are a unique fusion of music and visuals, which reflect the weird traumatic and oddly hopeful experience of being alive in contemporary America. The operas highlight a range of issues from, racial justice, to isolation, fear, and identity as well our mutual desire to return to performances of live music.

Below is a review of just a sampling of the 13 music videos from “today’s leading experimental composers.”

Where Once We Sang

Where Once We Sang is a monodrama written for a traditionally trained opera singer composed by Jimmy Lopez Bellido and with a libretto by Mark Campbell.

The piece is basically a pean to arts function in society and what we are missing by not having live performances.  However, the climax of the piece is rather hopeful because the basic message is that we will be back.  The videography for the piece provides a very poignant ending, showing a little girl going through ballet exercises on a street corner.  This isn’t just hopeful, but also speaks to the ways in which the performing artists can adapt during the pandemic.

The Life of The World To Come

This piece is remarkable for its ability to highlight all of 2020’s major challenges in five and a half minutes. It’s a very textured piece with quotes from Greta Thunberg’s speech on climate change to the World Economic Forum in Davos, Switzerland in January 2020. Also, included are snippets of dialogue from Brianna Fruean, an activist and environmental advocate for Samoa, Autumn Peltier who is a First Nations clean water advocate, and Xiuhtezcatl of Earth Guardians, an American environmental activist. Greta, George Floyd and others are layered on top of a lyric soprano who here represents Mother Earth. In this regard, the piece feels like Morton Feldman’s Neither (1977).  In that piece, a coloratura sings a text that is impossible to understand at the top of her range.  Similarly, here, you could not understand what the soprano was singing, but the point is that all of the other layered voices drown her out. The piece is divided into two sections, “Gaia’s Lament” and “Throwdown.”  During “Throwdown” the soprano cuts out, leaving only a steadily increasing heartbeat that underpins the piece as it reaches it climax.

Otra Cosa means Something Different in Spanish and this piece is essentially a child-like view on immigration.  The videography features a series of drawings of interactions between Hispanic immigrants and Anglo speakers. The piece begins by showcasing a series of interactions between people and even Google where certain names are not pronounced or spelled correctly.  That section ends with infuriating questions like, ‘do you know what a computer is?’ There is a touch of hope though because when the singer comes in, she is able to give voice to the experience of being stuck between two cultures and not knowing exactly where you belong. This occurs to a montage of drawings of people traveling by planes, including the pictures from the airline safety card of people jumping off the plane in inflatable vests, which perhaps highlights the unknown circumstances that immigrants are metaphorically jumping into.  However, the piece is not totally dire as it ends with the lyric, “I want to sing songs that no one knows.”

As opera lovers we all love a good Mad Scene. But what sets Whiteness: Blanc apart is the videography is a crucial element to the madness of ‘where are you from? No, really, where are you from?’  The piece begins slowly with Paul Pinto sitting alone in a dark room, a disembodied voice asks him ‘where you are from?’ and he responds, ‘Queens’ and the voice retorts, “No, really, where are you from?” and then chaos ensues. We enter the literal whiteness of his mind populated by his floating heads.  They each simultaneously react to and try to answer the question ‘where are you from?’ The text is read in a manner not unlike Bill Wurtz or Weird Al.  It is a very textually dense piece and at first it seems laughable, however, as the piece progresses and the listener is able to pick up what is really being said, you realize how the internalization of racism and microaggressions can literally drive a person insane.  At points the talking heads disappear leaving behind only stark-white walls which have a feel of a padded cell.