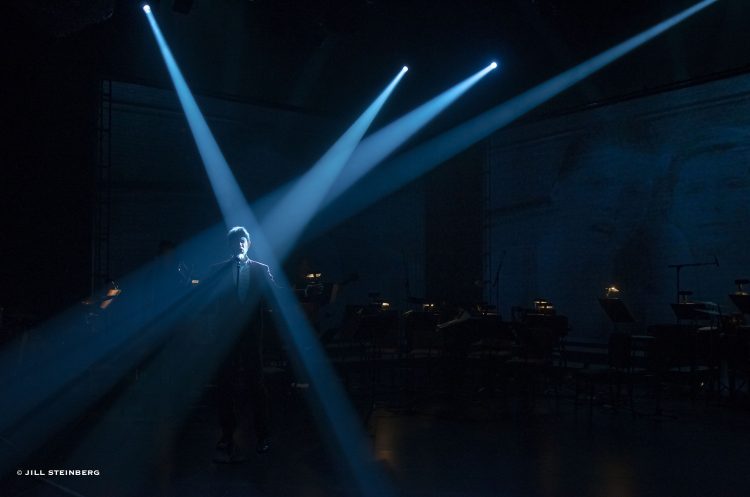 By now loyal followers of this podcast are accustomed to my occasional references to my years studying Musicology in my undergrad. Listening to 21c Liederabend, op. Worldwide I was reminded of when my professor for my class in Romantic Era music threatened us with an F if we did not eat some pastries he had brought in for us. Let me explain. The week before, he lectured us on Schubertiades. For those of you who are not musicology geeks, Schubertiades means “the music of Schubert”—it was a term applied to an evening where Schubert, along with his friends and devotees, would gather to discuss and play his music. It was evenings like these that allowed the burgeoning genre of ‘art song’ to flourish. So, we had our own and it went well. Until my professor noticed that no one was eating any of the Viennese pastries he had specially brought for the occasion.

Pastries aside, the latest edition of Beth Morrison’s 21c Liederabend (which premiered this past Sunday on-demand and nationwide though BethMorrisonProjects.org, Live.NationalSawdust.org and on the ALL ARTS app or ALL ARTS TV channel at allarts.org) is simply a modern-day Schubertiades. “Liederabend” is a German term meaning, evening of song. Now with its 5th iteration, 21c Liederabend is just one of several ways Beth Morrison Projects (BMP) has supported new composers by performing their work in collectives. In 2020, as part of the Prototype Festival, BMP premiered Magdalene, a work in which fourteen up-and-coming women composers set selections of a series of poems which drew parallels between Mary Magdalene and contemporary ordinary women. Additionally in 2021, BMP teamed up with LA Opera to present Modulations, a series of short operettic works performed digitally in the form of a computer game where the viewer could Choose-Your-Own-Adventure.

Like Modulations, this years’ digital 21c Liederabend focused on the individual, their relationship to their surroundings, and their ability to overcome adversary. The evening featured 6 songs from a range of women and nonbinary composers, each performance featured compelling videography. Together, music and videography created six mini-Gesamtkunstwerks.

The evening started off with “A Jarful of Bees.” The text, by Royce Vavrek, was set to music by Paola Prestini and performed by Eve Gigliotti. Prestini and Vavrek have created a monodrama in the mold of Schoenberg’s Erwartung. In that work, a woman waits alone in a forest for her lover. Whereas here the protagonist is just waiting – we are not quite sure for what, but after 15 months in some form of quarantine, we all understand the psychological implications of waiting. Prestini, is no stranger to using pre-recorded tracks in her compositions. Her 2009 oratorio Oceanic Verses, featured pre-recorded seascapes to heighten the stories of immigrants coming across the ocean. Similarly, for a “A Jar Full of Bees,” Prestini layered recordings of bees, wind and warped records into a musical texture that included percussion and prepared piano. When combined with Eve Gigliotti’s warm mezzo the result was an expressionist piece that adeptly explored the psychological pressures of isolation. Similarly, painter Natalie Frank’s accompanied the piece with a rendering of a woman’s face that was both bright and at times unsettling. Her work shifted quickly from idyllic meadows to surrealistimages of a woman with bees coming out of her mouth. In much the same way, Erin Pollock’s animation balanced the comforting and the creepy. When the Claymation figure first appears, there is something Promethean about them in a way that recalls the creation of Frankenstein’s monster. However, they develop into something more human, before disappearing into a cloud of bees.

“The Story of Leaving” written and performed by Diana Syrse is a fusion of Schubert art song and contemporary pop songs. The melodic line is rather cheerful as the singer talks about the need to find a new path in the face of adversity. However, the accompanying harmonies, reminiscent to the base line of Schubert’s Erlkönig or The Elf King, work in tandem with Mathilde Lavenne’s foreboding black and white videography to create a sense of uneasiness which underpins the whole piece. Furthering this unease, Diana’s face was pixelated in such a way that it looked like she was covered in snow on an old television.

The first thing the listener notices about “Mana Sky” is its virtuosity. Not only is the vocal line, which was performed by the works’ composer Amyra León, incredibly full of glissandi and incredibly difficult to sing, but the choreography is mesmerizing to watch, even though it looks excruciating but perhaps that’s the point. To see what the body in all its forms (whether vocal or physical) is able to accomplish particularly when pushed to extremes. Trauma – both personal and collective is a theme that runs through León’s work. She grew up in foster care in New York and she also has written pieces about the victims of the 1963 Birmingham church bombings that killed 4 little girls and left one girl seriously injured for the rest of her life. With that in mind, portions of this text, particularly lines which reference digging deep to find the well-spring reflect black womens’ desire for autonomy. Certain visuals in the accompanying footage like bulldozers digging around a clock on the beach serve as literal representations of the text while simultaneously adding a surrealistic dimension reminiscent of Dalí.

“Polymnia” is a tribute to composer, singer and oboist Theodosia Roussos’ mother and great-grandmother. The multipartite work is based largely off the poetry of Roussos’ great-grandmother with some additions from the composer and chronicles her harrowing experiences in the Greek Genocide from 1913-1918 where Greek, Armenian and Assyrian Christians who as subjects of the Ottoman Empire were slaughtered. Musically, the piece has very clear influences from the Eastern Mediterranean. The tessitura is rather high which allows Roussos to show off her bright, lush soprano. Additionally, the pieces many parts allow the singer to navigate quick changes in mood, not unlike a traditional operatic mad scene. This perfectly illustrates her great-grandmothers plight as she has to care for her ten siblings during a death march where she ended up losing her mother and six siblings along the way. Here sections of the videography done by Hana Kim gave the piece the feeling of a requiem. In one section, where Roussos’ figure was multiplied throughout the screen and lit in flickering light reminiscent of candles – this was fitting as the music actually quoted the Greek memorial hymn, “Eonia I Mnimi” (Memory Eternal).

“A Good Haunting” was the only piece on the program that was almost entirely instrumental. Holland Andrews, wrote the music and text, and filmmakers Paul Notice and Katrina Reid shot it. The piece was meant to depict the opposite of inherited trauma, rather it was meant to show inherited love and joy. The result was mixed, as it is a compelling piece of music drama where both music and visuals put the listener in a trance-like state like in The Island We Made (now available on the Opera Philadelphia channel). Much like “A Good Haunting,” The Island We Made, composed by Angélica Negrón and filmed by Matthew Placek, is about the concept of place and what certain locations mean to us throughout our lives. In both pieces the repetitive music allows the action of the work to take on ritualistic significance whether it is a mother making tea for her daughter in The Island We Made or a person hugging their teddy bear in “A Good Haunting.” That said, it is difficult for me to see how this piece is about joy. The trauma is definitely there. Despite the hypnotic quality of the piece, there is something unsettling.

The final song of the evening “Te Queria” was a joyous conclusion. Its composer Lido Pimienta also sang the work accompanied by her marimba player and percussionist Brandon Valdivia. The result was an upbeat earworm with a bright persistent baseline reminiscent of steel drums on the beach. Pimienta’s rich voice brought Shakira to mind, of particular note was the elaborate cadenza which demonstrated the extent of Pimienta’s vocal prowess.

Taking of all this into consideration, this edition of 21c Liederabend bodes incredibly well for the future of art song. All the featured artists are people to look out for. Additionally, since this program is available online, anyone with an internet connection can view it. In that regard, it is truly the ultimate Schubertiades.