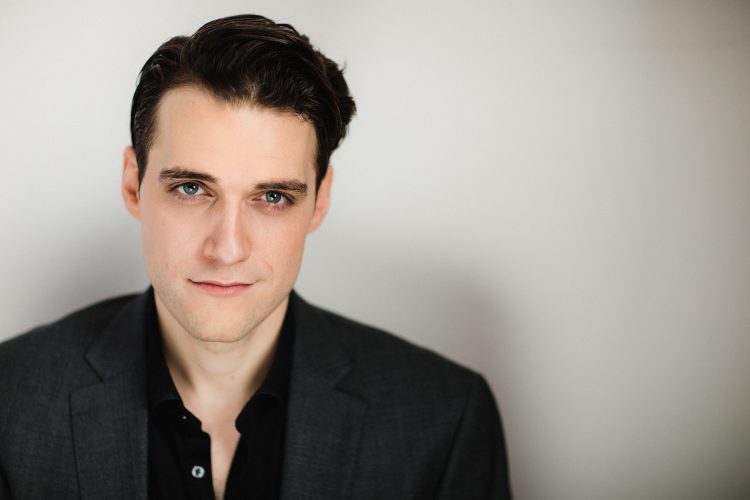 Jean-Michel Richer discusses his performances as Florestan in Opera Lafayette’s productions of the operas Leonore by both Beethoven and Gaveaux. Also his experience creating the role of Count Vallier de Tilly in Les Feluettes by composer Kevin March & Librettist Michel-Marc Bouchard that had its world premiere at Opera de Montreal in 2016, directed by Serge Denencourt as well as his work in 2017 with director Dominic Champagne while creating the role of Father of Pink in Another Brick in the Wall, a new opera by composer Julien Bilodeau based on the libretto of Pink Floyd legend, Roger Waters.

Rising young tenor Jean-Michel Richer is a Curtis Institute of Music graduate and an Atelier Lyrique de l’Opéra de Montréal alumni, where he received the Mario Létourneau’s Excellence Award. In addition he holds a Master in Voice performance from Université de Montréal.

2018 performances included François in Bernstein’s A Quiet Place at the Kimmel Center in Philadelphia, USA, the title role of Faust from Gounod with Maestro Jacques Lacombe and the Trois-Rivières Symphony and the reprisal of Another Brick in the Wall – the Opera at Cincinnati Opera with Maestro Alain Trudel.

In 2017, Jean-Michel created the role of the Father of Pink (Etienne Dupuis) in Another Brick in the Wall – The Opera, directed by Cirque du Soleil LOVE director Dominic Champagne. Composed by rising composer Julien Bilodeau on the libretto of Pink Floyd Legend Roger Waters, the Opera de Montréal’s World Premiere conducted by Maestro Alain Trudel was a signature event of Montreal’s 375th anniversary.

Invited to sing again with Maestro Yannick Nézet-Séguin and l’Orchestre Métropolitain, Richer was an Esquire in a 5000 attendees concert version of Parsifal alongside Christian Elsner, Mihoko Fujimura, Peter Rose, Brett Polegato, Boaz Daniel and Thomas Goerz, for the closing event of the 40th Festival de Lanaudière.

Jean-Michel Richer also made multiple Opera debuts in USA and Canada in 2017. For Opera Lafayette in Washington DC and New York, NY, he interpreted Florestan in Léonore, ou l’Amour Conjugal by Gaveaux & Bouilly directed by Oriol Tomas and conducted by Maestro Ryan Brown. For Saskatoon Opera, he sang Don Ottavio under the baton of Maestro Eric Paetkau. Jean-Michel also made his debuts at Pacific Opera Victoria under Maestro Tim Vernon and at Edmonton Opera under Maestro Giuseppe Petraroia in revivals of Serge Denoncourt’s acclaimed production of Les Feluettes as the Count Vallier de Tilly

Earlier in 2016, Jean-Michel made his Carnegie Hall, NY and Verizon Hall, Philadelphia debuts in Berio’s Sinfonia under Maestro Ludovic Morlot. He made his debut at Opera National de Lorraine as Gonzalvo in L’heure espagnole in a production directed by Bruno Ravella and conducted by Maestro Michael Balke. Finally, he also returned to Opéra de Montréal with Gordon Bintner, Daniel Okulitch, Layla Claire, Hélène Guilmette, Emily Dorn, Stephen Hegedus and Alain Coulombe in an All-Canadian cast of Mozart Don Giovanni, directed by David Lefkowitch and conducted by Maestro Jordan de Souza.

During 2020, Jean-Michel took the time to learn some new roles and work on his technique. However, he was able to do a concert with the Montreal Symphonic Orchestra in October singing excerpts of Faust under Maestro Jacques Lacombe. His big upcoming project next season is creating the role of Alexandre Rosenberg in La Beauté du Monde, a new opera from composer Julien Bilodeau and librettist Michel Marc Bouchard about the epic rescue of artwork from the Louvre during World War II

It is going to be presented in March 2022 by Opera de Montréal.

Jean-Michel will also create a role in Enigma by the french composer Patrick Burgan at Metz Opera (France) with a planned world premiere in November 2022 . Based on famous French writer Éric-Emanuel Schmitt’s play “Les variations énigmatique”, it is an opera with only two characters in a closed-set environment.