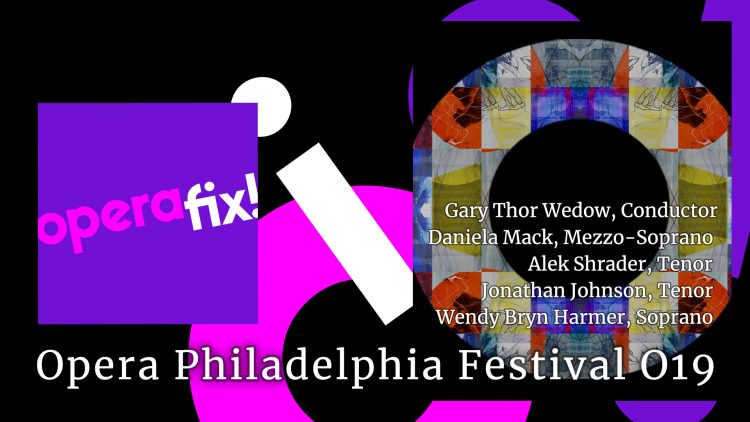 Gary Thor Wedow has established an enviable reputation for dramatically exciting and historically informed performances with opera companies, orchestras, festivals, and choral organizations throughout North America. Born in La Porte, Indiana, and now a resident of New York City, Wedow has been a member of the Juilliard School faculty since 1994 and has led performances there of L’incoronazione di Poppea, La finta giardiniera, Ariodante and Don Giovanni. A musical scholar as well as conductor, he has prepared several performing editions of baroque works in collaboration with countertenor Lawrence Lipnik. His long association with director Stephen Wadsworth has included productions of Handel’s Xerxes, Ariodante and Gluck’s Iphigénie en Tauride.
Wedow has been a frequent guest of Florida Grand Opera, Canadian Opera Company, Glimmerglass Opera, Berkshire Opera, Chautauqua Opera, Amherst Early Music Festival and Pittsburgh Opera among others. As a pianist, Wedow studied with virtuoso Jorge Bolet at Indiana University School of Music and received his Master of Music degree at the New England Conservatory.

Daniela returns to Opera Philadelphia this season to make her role debut as Juno/Ino in Semele and in February perform in their production of Verdi’s Requiem. 2019-20 will also include role debuts as Romeo in Bellini’s I Capuletti ed i Montecchi for Opera Omaha and Varvara in Janacek’s Kata Kabanova for The Metropolitan Opera. Two house debuts at Minnesota Opera and Palm Beach Opera as Rosina in productions of Il barbiere di Siviglia, her debut with the National Symphony Orchestra Handel’s Messiah under the baton of Sir Andrew Davis and a reprise of her role as Rosmira in Partenope for San Francisco Opera. She has created the leads in two major new operas in previous seasons: the role of Elizabeth Cree in the world premiere of Kevin Puts and Mark Campbell’s Elizabeth Cree at Opera Philadelphia
and created the role of Jacqueline Kennedy in the world premiere of David T. Little and Royce Vavrek’s JFK at the Fort Worth Opera with subsequent performances at the Montreal Opera. Daniela Mack is an alumna of the Adler Fellowship Program at San Francisco Opera and was recently a finalist in the 2013 BBC Cardiff Singer of the World Competition.

Alek returns to Opera Philadelphia where he performed the role of Alfredo in La Traviata as part of their 2015-16 season. 2018 included productions of Berlioz’s Beatrice & Benedict as Benedict for Seattle Opera, Bernstein’s Candide as Candide for Washington National Opera and Santa Fe Opera, Rossini’s The Barber of Seville as Count Almaviva for Michigan Opera Theatre and Mozart’s La Clemenza di Tito as Tito for Opera di Oviedo in Spain. In 2012-13, Mr. Shrader made his Metropolitan Opera debut in Ades’ ‘modern masterpiece’, The Tempest, conducted by the composer himself, and returned to sing Almaviva in the English version of The Barber of Seville.

Mr. Shrader, a former Adler Fellow with the San Francisco Opera, made a spectacular mainstage debut in the San Francisco 2008/2009 season, replacing an indisposed Ramon Vargas as Nemorino in two performances of L’Elisir d’Amore. Alek made his professional debut as Almaviva in Rossini’s Il Barbiere di Siviglia at the Opera Theater of St. Louis, where he had spent the previous two summers as a young artist. He is the recipient of a Sarah Tucker grant from the Richard Tucker Foundation and a winner of the 2007 Metropolitan Opera National Council Auditions.

Jonathan Johnson, Tenor – The Prince THE LOVE FOR THREE ORANGES:

A graduate of the Patrick G. & Shirley W. Ryan Opera Center, the Lyric Opera of Chicago’s professional artist-development program, he appeared in the house’s main productions of Les Troyens, Lucia di Lammermoor, The Merry Widow, Der Rosenkavalier, Capriccio, The Magic Victrola and Mieczyslaw Weinberg’s Holocaust opera The Passenger. Other recent engagements have included his debut at Canadian Opera Company in a production of Anna Bolena, Frederic in The Pirates of Penzance and Lensky in Eugene Onegin at the Lyric Opera of Kansas City, Fenton in Falstaff at San Diego Opera, Lindoro in L’italiana in Algeri at the Portland Opera, La Damnation de Faust at the Grant Park Music Festival, Le Fils in Les Mamelles de Tirésias with the Civic Orchestra of Chicago, Beethoven’s Symphony No. 9 with the Jacksonville Symphony Orchestra, a performance of Schumann’s Dichterliebe as part of a Liederabend in hosted by the Poetry Foundation of Chicago, and various appearances in the Harris Theater’s Beyond the Aria series, the 125th Anniversary Gala for the Auditorium Theater, and on WFMT radio as part of the Ryan Opera Center Recital Series.

This season, soprano Wendy Bryn Harmer makes her debut at Opera Philadelphia as Fata Morgana in The Love of Three Oranges and sings Rosalinde in Die Fledermaus in Tokyo with Seiji Ozawa. A graduate of the Metropolitan Opera’s Lindemann Young Artist Development Program, Ms. Harmer has appeared in their productions of Le nozze di Figaro, War and Peace, Khovanshchina, Parsifal, Die Agyptische Helena, Jenufa, and the complete Ring Cycle. She also appeared in the Met’s HD broadcasts of the Ring Cycle and The Magic Flute, which have subsequently been released on DVD (Deutsche Gramophone).
Born in Roseville, California, Ms. Harmer graduated with a Bachelor’s degree from The Boston Conservatory and attended the Music of Academy of the West. She was also a member of the Merola Opera Program at San Francisco Opera, the Gerdine Young Artist Program at Opera Theater of St Louis, and was one of nine singers invited to study at The Music Academy in Villecroze, France. Her many awards include a 2010 Richard Tucker Grant, the 2007 Jensen Award, the Teatro alla Scala Award at the 2007 Hans Gabor Belvedere Singing Competition, first place at the Palm Beach Opera Competition, the 2005 winner of the George London/Leonie Rysanek Award, and an award from The Marilyn Horne Foundation.