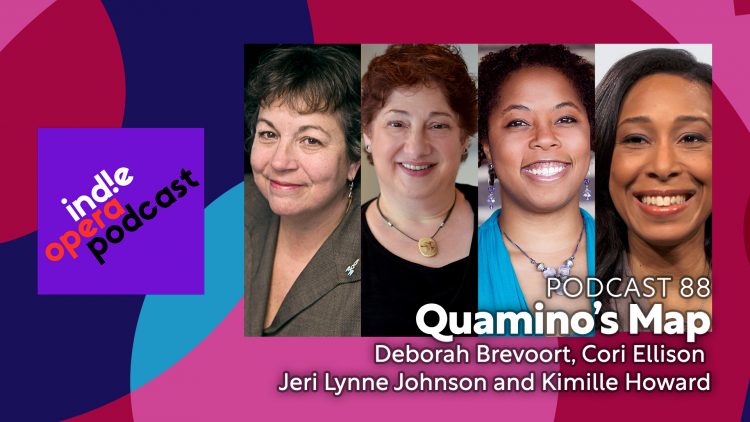 We are joined by several creators of Quamino’s Map, a fascinating new opera by composer Errollyn Wallen, having its world premiere at Chicago Opera Theater. Librettist and playwright Deborah Brevoort, conductor Jeri Lynne Johnson, dramaturg Cori Ellison, and director Kimille Howard discuss the origins and creative process of this unique production, which focuses on the Black Americans who fought for their liberty on the side of the British in the Revolutionary War and struggled to survive in London afterward. We also learn about the Black gentry in London at the time and how it may have intersected with the newly-arrived soldiers. Don’t miss this surprising look into the research, staging, and craft that went into bringing an important but little-known historical moment to light.

Or listen to the audio version of the Show.