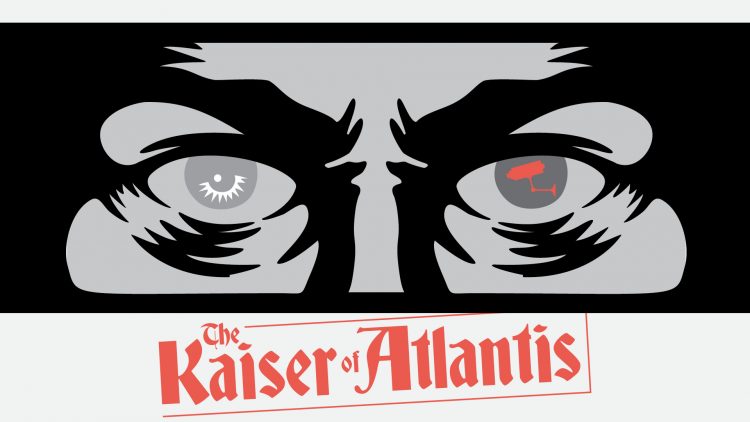 I first heard of Viktor Ullmann’s opera The Emperor of Atlantis (Der Kaiser von Atlantis) while reading an Opera News article about James Conlon’s Ziering-Conlon Initiative for Recovered Voices. It is a “resource that encourages greater awareness and more frequent performances of music by composers whose careers and lives were disrupted—or worse—during the years of the Nazi regime in Europe,” as per the initiative’s website.

I have always felt a certain appreciation for this piece especially for the survival of opera repertoire that was composed and written by people during the Holocaust. I credit this in part to my sensibilities as a history buff. But moreover, I credit the influence of my former physical therapist (turned family friend) who herself is an Auschwitz survivor—and a force to be reckoned with in my upbringing.

Being in a wheelchair, one forms close relationships with the people who support them, largely as a by-product of time spent together. As such, growing up, my physical therapist—who I saw twice a week from third grade all the way through graduate school—is like an extra grandma to me. She became a major influence on my life and on the man I’ve become. In the sixth grade while reading Holocaust memoirs in English class, that was the first time she began to really open up about her own experiences as a Holocaust survivor, answering all my questions when I would come home from school. When I was 23, a friend and I took a trip to Poland. She advised me to visit Auschwitz, even though I needed no encouragement to do so. I still remember that she called it the greatest monument to man’s inhumanity to man.

All of that is to say that I jumped at the chance to see Atlanta Opera’s production of The Emperor of Atlantis. The Nazis had a complicated relationship with music. For instance, Auschwitz, which had its own orchestra, had forced their inmates to play marches as their fellow prisoners left for work in the mornings. Alternatively, they would play other types of music for new arrivals as a way of tricking them into thinking that they would be safe.

Victor Ullmann wrote The Emperor of Atlantis in Theresienstadt, a ghetto in what is now Terezín, in the Czech Republic around 1943. The Nazis turned it into a model ghetto, so that the rest of the world would believe the prisoners were being treated fairly. As such, performances of Operas, Symphonies, and the like were permitted. Theresienstadt also saw the world premiere of another well-known opera, Brundibár, a piece written for and performed by children.

The Emperor of Atlantis tells the story of the Emperor, who starts a pointless war for world domination. People die at such an alarming rate, that Death himself can no longer keep up with the casualties and, consequently, Death goes on strike. At first, the Emperor tries to spin this in his favor, saying that he has defeated Death. However, as more and more people get caught in limbo in states of agony, between life and death, the Emperor becomes overwhelmed and asks Death to return. He consents only on the condition that the Emperor be the first to die. Unfortunately, this allegory in the opera was not lost on the Nazis who supervised its first production. Shortly after the dress rehearsal, Ullmann was sent to Auschwitz. However, before he left, he gave the score to a friend and therefore The Emperor of Atlantis survived to this day. The world premiere was in Amsterdam at The Netherlands Opera in 1975.

Atlanta Opera’s production occurred in the same space as their production of Pagliacci. In both, the singers were confined to cubicles. But, here, they served as more than just a precaution against COVID, it also highlighted the Emperor’s overall increasing isolation.

However, as with their Pagliacci, the decision to open the performance with “Mac the Knife,” (here played by Death on a violin) was rather confusing. Especially, because the camera would cut back and forth from Death to a pile of shoes. This pile of shoes recalls the mountains of personal effects left behind by those that lost their lives in the concentration camps. While a fitting tribute, it created strange mixed messages when juxtaposed with “Mac the Knife.” However, during other times the camerawork did add another dimension to the storytelling. One example was during the montage of famous paintings, including a portrait of Atilla the Hun, which accompanied Death’s first aria about how modern warfare has lost its nobility.

Michael Mayes who played the Emperor was appropriately pompous. As Loudspeaker, here with a bullhorn, Calvin Griffin was the quintessential cartoon villain. Both he and Kevin Burdette, who portrayed Death, possess stentorian voices. Alek Shrader was a perfect fit for Harlequin’s tessitura, the sweetness of his voice complemented Kevin Burdette’s brooding frustration in their duet. The Drum Major is the true villain of the piece because she simply follows the Emperor’s orders, as many Nazis did. Daniela Mack used her steely mezzo to great effect. Brian Vu has a sweet affecting voice and as his love interest, Jasmine Habersham showcased her clear lyric soprano. The conductor Clinton Smith led a dynamic reading of the score. Of a particular note was his attention to the jazz-inspired rhythms which accompanied the Emperor’s military commands. Also, he explored the innate spirituality of the finale, which is based on the Lutheran hymn, A Mighty Fortress is our God.

Due to COVID restrictions, further live Atlanta Opera performances have been postponed until the 2021-2022 season. Future operas include performances of Madame Butterfly, The (R)evolution of Steve Jobs, Laura Kaminsky’s As One, and The Sound of Music, among others. If the recent performances of Pagliacci and The Emperor of Atlantis are any indication, I look forward to seeing more from Atlanta Opera in the future.