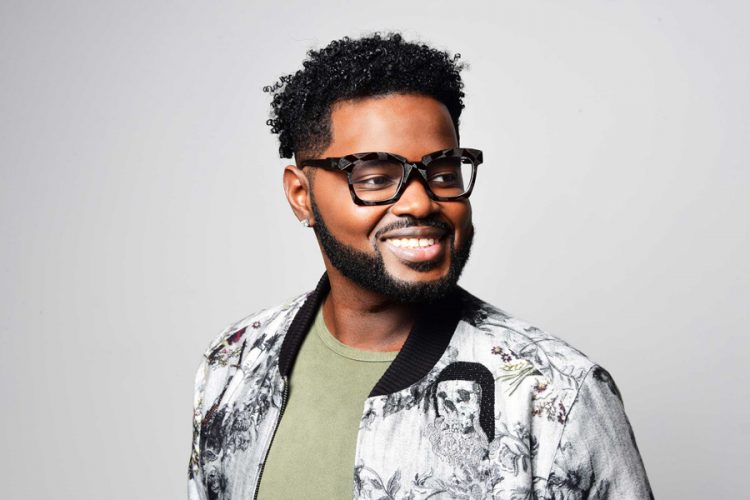 We welcome John Holiday, multitalented countertenor and recent finalist on The Voice.  John describes his incredible journey from growing up in a small town near Houston to becoming a sought-after international opera singer soon to be making his Metropolitan Opera debut.  He offers many uplifting life lessons along the way, including how to deal with fear and how to  celebrate one’s own uniqueness and true self in the face of enormous pressure to succeed. John  shares how growing up in a gospel choir aids his process as a classical and pop singer, and lets  us in on some of the sage advice he got from John Legend. As always, we provide his personal  playlist. Come bask in the light of this gracious rising star!

An Audio-Only version is be available here

John grew up in Rosenberg Texas, a suburb of Houston.

His first introduction to opera was through the boys choir:

John was the first African-American Drum Major at his High School.

Lyrics for “Save the Boys”, Frances Ellen Watkins Harper

Like Dives in the deeps of Hell
I cannot break this fearful spell
Nor quench the fires I’ve madly nursed,
Nor cool this dreadful raging thirst.
Take back your pledge–ye come too late!
Ye cannot save me from my fate,
Nor bring me back departed joys;
But ye can try to save the boys.

Ye bid me break my fiery chain,
Arise and be a man again,
When every street with snares is spread,
And nets of sin where’er I tread.
No; I must reap as I did sow.
The seeds of sin bring crops of woe;
But with my latest breath I’ll crave
That ye will try the boys to save.

These bloodshot eyes were once so bright;
This sin-crushed heart was glad and light;
But by the wine-cup’s ruddy glow
I traced a path to shame and woe.
A captive to my galling chain,
I’ve tried to rise, but tried in vain –
The cup allures and then destroys.
Oh! from its thraldom save the boys.

Take from your streets those traps of hell
Into whose gilded snares I fell.
Oh! freemen, from these foul decoys
Arise, and vote to save the boys.
Oh ye who license men to trade
In draughts that charm and then degrade,
Before ye hear the cry, Too late,
Oh, save the boys from my sad fate.

Maya Angelou quote:
“Words are things, and if you ball your fist and throw them, they stick to the wall.”

“Strange Fruit” by Abel Meeropol and made popular by Billie Holiday

Nina Simone quote:
“An Artist’s job is to be a reflection of the times.”

Bill T. Jones quote:
“You must surrender to let the Gods enter the room.”

Once you are confirmed as a competitor on the show you provide a song list to the producers of songs that would be right for you, ones you’ve sung already or have wanted to sing.

Team members (singers) spend at least 2-3 hours a week meeting with their mentors. Legend talked with John about style, staging, and leaning into the uniqueness of who he is.

Brene Brown quote (Houston based thought leader and University of Houston research professor)
“Fear is worthy of a seat in your audience.”

Jenifer Lewis quotes: (star of ABC’s sitcom Black-ish and the movie What’s Love Got to Do With It)

Marianne Williamson quote (from her poem “Our Greatest Fear”)
“As we let our own light shine, we unconsciously give other people permission to do the same.”

Oprah quote:
“What good is it to have something nice if you can’t share it?”

Opera Philadelphia & Glimmerglass Festival are doing excellent work in championing diversity. It is an important part of their mission.

Countertenor John Holiday has established himself as “one of the finest countertenors of his generation”(Los Angeles Times). His voice has been praised as “a thing of astonishing beauty” (New Yorker), “arrestingly powerful, secure and dramatically high” (Wall Street Journal), “exceptional [and] strong…even in its highest range” (The New York Times) and “timeless” (Washington Post). Holiday’s unique voice and powerful story have been the subject of profiles in The New Yorker, CNN’s Great Big Story, Los Angeles Times, and more.

In 2021, Holiday will make his anticipated Metropolitan Opera debut in Matthew Aucoin’s Eurydice as Orpheus’s Double, and is slated to make his role debut as Cherubino in Le Nozze Di Figaro at Dallas Opera. An acclaimed concert singer, Holiday has performed at world-renowned venues such as Carnegie Hall, The Kennedy Center, Lincoln Center, London’s Barbican Center, and the Philharmonie de Paris. His career highlights have included a tour with Gustavo Dudamel and the Los Angeles Philharmonic; the Sorceress in Barrie Kosky’s production of Purcell’s Dido and Aeneas, and the world premiere of Matthew Aucoin’s Eurydice as Orpheus’s Double at the Los Angeles Opera; the world premiere of Daniel Roumain’s We Shall Not Be Moved with Opera Philadelphia and the Dutch National Opera; title role in Xerxes at the Glimmerglass Festival; and Caesar in Handel’s Giulio Cesare in Egittoat Wolf Trap Opera.

Outside of classical repertoire, Holiday excels in jazz and gospel music having opened for Grammy award winner Jason Mraz in concert. In 2018, Holiday sang the national anthem for his hometown team the Houston Rockets, and in 2019, Holiday performed at the star-studded Ozwald Boateng Harlem Runway Show at The Apollo Theater, in a performance that was covered by Vogue, Forbes, and CNN, and attended by celebrities Jamie Foxx, Idris Elba, Dapper Dan and others. Additionally, in 2019 Holiday performed Billie Holiday’s “Strange Fruit” at the Apollo Theater Spring Gala.

Holiday has been the recipient of numerous major competitions and award programs such as the 2017 Marian Anderson Vocal Award; the 2014 Richard Tucker Foundation’s Sara Tucker award; first place at the 2013 Gerda Lissner International Vocal Competition, the 2012 Sullivan Foundation, and the 2011 Dallas Opera Guild Vocal Competition; and third place winner in the 2014 OPERALIA competition. In addition, Holiday was selected among WQXR’s prestigious 20 for ‘20 Artists to Watch, named one of BroadwayWorld’s “New York Opera Gifts that Keep on Giving,” nominated for “Newcomer of the Year” by the German magazine Opernwelt, and listed as one of Yerba Buena Center for the Arts 100 honorees for 2018.

John Holiday received a Bachelor of Music in vocal performance from Southern Methodist University in Dallas, Texas, a Master of Music in vocal performance from the University of Cincinnati College –Conservatory of Music and the Artist Diploma in Opera Studies from The Juilliard School in New York City. Holiday grew up in Rosenberg, Texas, located near Houston, and attended the town’s public schools.

Credits: This episode of The Indie Opera Podcast was recorded on Zoom, with co-hosts Peter Szep, Ashley Renee Watkins, Brooke Larimer, Walker Lewis, and our special guest Afton Battle, Afton Battle, the General Director of Fort Worth Opera. Our show is created with the support of Associate Producer Chuck Sachs; Jonathan Blalock PR Consultant; and Rosha Créan who created our theme music, and Gregory moomjy, web correspondent. This episode was edited by Peter Szep.

We would like to thank The Voice, The Academy of Ancient Music, Opera Philadelphia, WQXR, and Rio Souma for permission to use their clips on this episode.