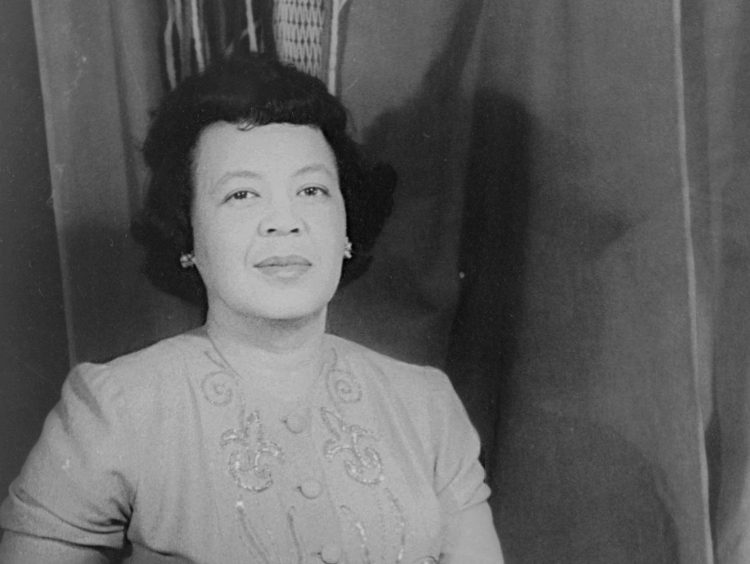 As a die-hard classical music fan, the phrase “museum piece” drives me crazy. I hate the fact that the general public has this idea that classical music is simply a bunch of old pieces from hundreds of years ago that get dusted off again and again and again to be played exactly the same way. It gives the impression that we are devotees of a lifeless art form. And yet, there is no denying that classical music today would be nothing without a standard repertoire as its backbone. To reference an old musicology joke, in academia, we study DWEMs (Dead White European Men). This is of course, an over simplified way of looking at people like Bach,  Handel, and other white European male musicians, who at this point have achieved deified status.

However, what if I were to say that there was someone who lived and wrote as late as 50 years ago? Someone who had ambitions of writing a sacred oratorio to rival Handel’s Messiah? Furthermore, what if I were to tell you, the person in question was neither white nor male nor European, but rather a Black American woman? That’s right, the composer in question is Margaret Bonds, and the work is her Christmas oratorio, The Ballad of the Brown King. It tells the story of one of the three kings that visited Jesus on the feast of the epiphany and was performed this past year, in Carnegie Hall, over the holidays. The Ballad of the Brown King is an engaging ambitious work.  Indeed, at Carnegie Hall, it was presented along side selections from Handel’s Immortal Oratorio, finally fulfilling her wishes. As a black woman Bonds is just now receiving the acclaim she deserves. She was a major figure of the Harlem Renaissance, who collaborated with black writers so she could tell stories of the black community in its own words.

This Spring, the Dessoff Choirs presented yet more staggering contributions Bonds made to the oratorio genre. On April 28th, Simon Bore the Cross and Credo received the New York premieres of their orchestral versions at The Church of the Heavenly Rest. Simon Bore The Cross, with a text by Langston Hughes, is based on the biblical figure Simon of Cyrene, who helped Jesus cary his cross to Calvary. Simon was African, therefore, making him the lead character provides the African perspective on Christ’s passion. Bonds not only uses the Bach Passions as a model for her piece’s monumental structure, but it can rival them in its beauty and variety. Structurally Bach’s Passions, most notably the Saint John Passion and the Saint Matthew Passion, strike a balance between narrating the story of Jesus’s death in the recitative and allowing the congregation time to reflect on their personal connection to Jesus’s suffering in the arias. Bach’s use of Lutheran chorales dispersed throughout these works represent the impact of Christ’s suffering and death on the community as a whole. Similarly, in his remarks midway through the concert Reverend Dr.  Malcolm J, Byrd, pastor at Harlem’s Mother AME Zion Church, pointed to an aria for Mary and said that here her suffering speaks for all mothers who saw their sons lynched by a mob. The aria in question, “Don’t You Know, Mary?”, was superbly sung by Janinah Burnett, whose sweet soprano managed to convey Mary’s fraught emotional state, while at the same time allowing for introspection on the part of the listener.

Compositionally speaking, Bond put a twist on Bach’s use of the Chorale. Culturally updating that compositional device to the Harlem renaissance. Spirituals, most notably “Crucifixion” formed the contrapuntal basis of the choral music. In a way it became a sort of cantus firmus. For anyone who isn’t up on their medieval music scholarship, a cantus firmus is simply a popular tune with the notes changed in some way, more often than not elongated, in order to form the harmonic basis of a larger work like a mass. In a more tangible, less erudite sense, the piece contained a mixture of styles. The final Amen could’ve been taken straight out of the ending of Handel’s Messiah. Additionally, Bonds mixed in references to gospel and jazz. The latter was particularly novel, simply because how often does one hear a muted jazz trumpet in a work of sacred vocal music?

The evening finished with a performance of Bonds’ Credo, a seven-movement choral symphony for full orchestra, chorus and soloists. Based on an essay by W.E.B. Du Bois, the Credo is also one of the most important parts of the mass. It’s where the congregation states what they believe. Here, the multiple sections of the essay, afforded Bonds the opportunity to demonstrate her skill at creating a musical atmosphere that captures the essence of the text. Of particular note, was the contrast between the skittish ostinato base figure in the trumpets, which underpinned the section acknowledging the existence of Satan as an evil force in the world, and the child like vocal line accompanying the description of Jesus as the prince of peace.

Dessoff’s music director Malcolm J Merriweather gave a buoyant reading of both pieces. He navigated the contrast between the public and the private with ease. This was particularly true in the way he highlighted Bonds’s use of terraced dynamics. In his reading of “Crucifixion” Merriweather created a dialogue between the anguish of “they crucified my Lord” and the internal devotional quality of “and he never said a mumbling word”.  Bass-baritone Dashon Barton sang with warmth and strength, although the church’s acoustics made him hard to hear.

Returning to The Reverend’s remarks, he began by quoting a saying of his mother’s: that, “when entering a room, always identify the Queen among you”. The Dessoff Choir’s performance proved that Margaret Bonds is definitely a queen. It is way past time that the wider Classical Music establishment recognizes that.