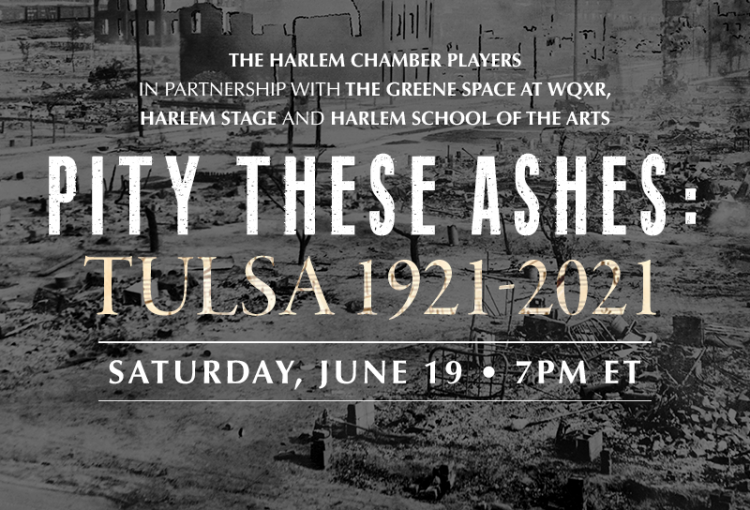 To say that the last 15 months have been chaotic, is a major understatement. That said, in spite of the cosmic mess that is the COVID 19 pandemic, there have been some beneficial changes, both to the arts and society as a whole that hopefully will carry on and continue to develop even afterlife goes “back to normal.” Among the changes that hopefully stick is the ongoing progress to a more racially equitable society, particularly in the performing arts. While there still is a long way to go, it is also important to take stock of the advances that have recently been made. Audiences are getting to know the music of Black composers like Le Chevalier De Saint-Georges (1756 – 1799)and Florence Price (1887 – 1953). If it strikes you that these two names are not at all contemporary, that’s the point. If classical music had previously been even slightly racially equitable, these names would have already taken their proper place in the canon alongside their white counterparts like Mozart and Dvořák.

In the political world, Congress and President Biden, as of June 17th, designated Juneteenth a national holiday, the 11th annual federal holiday. Juneteenth commemorates June 19, 1865, the day that Union soldiers rode into Galveston, Texas one of the last Confederate strongholds and freed the 250,000 slaves there. Although the Civil War had ended in April of that year, many slaveholders did not give up their “property” willingly, so Federal troops had to force many plantation owners to grant their former slaves their freedom. Eventually these former slaves would make yearly returns to Galveston to commemorate their freedom. And by the time of WWI when the Great Migration was in full swing, Juneteenth celebrations began to spread throughout the US.

This year to mark Juneteenth the Harlem Chamber Players in partnership with The Greene Space at WQXR, Harlem Stage and Harlem School of the Arts present Pity These Ashes: Tulsa 1921-2021 to be live-streamed on The Greene Space on Saturday June 19th from 7 PM – 8:30 PM. The program takes its name from a concert aria composed by Adolphus Hailstork to a text by Herbert Woodward Martin commemorating the 100th anniversary of the Tulsa Race Massacre. The Massacre, where white mobs destroyed Greenwood, the affluent black section of Tulsa known as Black Wall Street, is just now coming to light after a century of whitewashing. The piece is not the only recently composed work about the destruction of Black Wall Street. The other recent piece, They Still Want to Kill Us by Daniel Roumain created some slight controversy in March when the eminent mezzo-soprano Denyce Graves refused to sing it because of the line, “God Bless America, God Damn America.” By contrast, Tulsa 1921 (Pity These Ashes, Pity This Dust) is more of a threnody for the victims of the massacre. It has the feel of a concerto for orchestra and voice. Under the direction of Amadi Azikiwe, the Harlem Chamber Players brought out both the richness and the yearning of the piece, which was reminiscent of Samuel Barber’s Adagio for Strings. Mezzo-soprano J’nai Bridges brought warmth to the piece, making it more of a prayer for peace or a requiem rather than a lament. This was the case even though the text included the literal screams of the victims.

The concert, which was hosted by Terrance McKnight, the night-time host of WQXR, took place in the Harlem School of the Arts and also featured Jessie Montgomery’s Starburst, Alice Coltrane’s Prema for Harp and Strings and Trevor Weston’s The People Could Fly for Violin Solo and Strings. Terrance McKnight was Narrator for that piece.

The most prominent attribute for Starburst is its energy. The piece called to mind the overture to Smetana’s The Bartered Bride which almost literally opens that opera with an explosion. Much like Smetana, Montgomery incorporates vernacular music and improvisation into her work. These are strikingly similar to the tools that Eastern European composers used when trying to capture their folk music.

Prima was written by Alice Coltrane one of the few Jazz Harpists of the 20th century. Although she originally wrote the piece for Piano & Orchestra, here it was arranged by Ashley Jackson and Tom Cunningham of Urban Playground Orchestra. Here Jackson was the featured soloist on the Harp. This is not your grandmothers Harp concerto. In those pieces like Handel’s Concerto in B flat, the Harp stands out as the Soloist working in tandem (or against) the rest of the orchestra. Handel’s goal, just like with any other concerto in the Baroque era, was to demonstrate the virtuosity of the Harp. Here, even though Jackson proved herself as a capable Harp virtuoso, she worked more as a cohesive member of the orchestra. The result was a somber, foreboding, yet somehow grand piece, that recalls Debussy and Britten.

The concert finished with Trevor Weston’s The People Could Fly. The piece not only featured Terrance McKnight as the narrator but also choreography by the Harlem School of the Arts and Lady Jess was the violin soloist. The piece takes its name from a children’s book by Virginia Hamilton who was inspired by African American folktales. The piece tells the story of how the people in Africa lost their ability to fly and were taken to the Americas via the Middle Passage. While enslaved on a plantation, an elderly slave Toby, remembers the magic words and helps a select group of 14 people regain their wings and escape their Masters while telling those left behind that as long as they remember the magic words they, too, can return home to Africa. Much like Pity These Ashes, Pity This Dust, even though The People Could Fly deals with plenty of pain and suffering, it is understated and internalized. The music is very plaintive and not at all operatic in its depiction of the trauma of slavery. However, that said, the final section in which the characters are taught the way to return home, the music is exhilarating and reminiscence of Aaron Copland’s Rodeo, albeit on a scale suited more to chamber music and less to a full symphonic orchestra.

Taking it all into consideration, there is a lot to celebrate this Juneteenth. While it is still upsetting that we have achieved the bare minimum of recognition both of African American music as well as American history, these milestones should nonetheless be recognized for what they are. This Juneteenth concert offered an engaging program featuring composers and performers who everyone should get to know better.