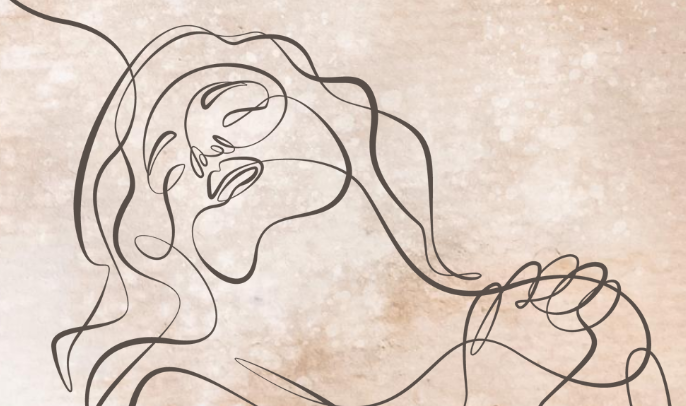 Call me old fashion, but I love bel canto opera and I don’t care who knows it. And yes, I say that with full knowledge of the implications. Put an insane and/or sleepwalking soprano on stage and have her ornament her 20-minute progress towards death in fluent florid Italian and I’m there. However, as fun as watching a soprano lose her marbles may be, that is not what draws me to the bel canto canon. What does, is the structure.  Those pieces particularly the works of Donizetti and Bellini, to me, strike a perfect balance between the public and the private. These composers knew exactly how to write an opera so that certain private details of the characters’ lives became public at just the right time to heighten the dramatic tension.

I was reminded of this while watching Uncovered, a searingly theatrical new work recently produced by City Lyric Opera at the HERE Opera Center. The work with text by Leah Lax and music by Lori Laitman, deals with abortions and lesbian relationships in the Hasidic community.

According to City Lyric Opera’s founder Megan Gillis, the company’s mission is to make opera accessible by telling stories that matter to the community. This certainly does but what makes it so powerful is the creative team clearly know how to develop dramatic acting on stage through music.

Funnily enough, watching this piece gave me a newfound appreciation of Bellini’s I Puritani. Like many opera lovers prior to this performance, I had previously thought Bellini wrote gorgeous music to a silly trivial story. After all, Elvira spends about 2/3rds of the opera insane before getting married and celebrating her happily ever after all during the English Civil War. However, while she spends more than half the opera out of her mind, it’s important to remember that she does so publicly.  Even in Act 2, during the more famous of the two mad scenes, Riccardo and Giorgio are on stage with her, commentating on the situation unfolding in front of them. This structure where members of the ensemble publicly comment on private events happens repeatedly throughout Uncovered. And it truly intensifies the pressure that Leah is under as a woman, someone who had an abortion, and someone who spent her whole life coming to terms with being a lesbian.

Of particular note, Lori Laitman’s music for the chorus became more syllabic and less lyrical as the drama progressed. By the time Leah’s secret was made public, the chorus hissed, “we see you.” Laitman’s attention, not so much to the words, but to how they sounded brought to mind the choral section leading up to Scarpia’s Te deum in Tosca. There, Puccini directed the chorus to intentionally mispronounced Latin, because he wasn’t so much interesting in setting a liturgical text as he was in using the language to depict Scarpia’s villainy.

The vocal characterization of Leah also deserves mention. Like some recent operas such as Fire Shut Up In My Bones and Eurydice, Leah is double cast. However, here, thankfully, the older and younger Leah did not overlap. This allowed two excellent sopranos, Rachel Policar as the Younger Leah and Emily Blair as the Older Leah, to be heard and appreciated on their own merits.  In both cases, the tessitura sat rather high, and they can both be commanded on their stamina for spending nearly the entirety of their roles at the top of their ranges. But even this served a dramatic purpose. In his lectures and writings, Will Berger has commented that singing opera was one of the first careers in which a woman could make her own money and manage her own finances. Therefore, Berger argues, when a woman sings above a chorus and all sorts of tumults onstage, it is literally her way of making sure that her voice is heard.

Chris Carr played Leah’s unfortunate but forgiving husband with warmth and sensitivity. The music director, Jackson McKinnon, gave a dynamic reading of the score, paying equal attention to its lyricism and drama.

The HERE Arts Center is an intimate black box theater that does not offer that much room for a set, however, stage director Beth Greenberg brilliantly solved this problem by having the backdrop be a staircase. This became a metaphor writ large. Not only did the staircase function as a literal staircase, allowing Leah to make her entrance on her wedding day or to descend into the mikvah, also known as the ritual baths of Judaism, but it also worked on a metaphorical level as her life unraveled and clearly became something different than she had envisioned at the beginning of the opera.

On a final note, Heather Jones, who played Mother, and Rachael Brauenstein who was both Mikvah’s Attendant and Grandmother, deserve special mention. Not only did they sing well, but their presence, both at the beginning and end of the opera as Leah’s ancestors made one wonder what they went through in their own lives. Especially given the fact that despite Leah’s journey, the community as a whole remains unchanged by the end of the opera.