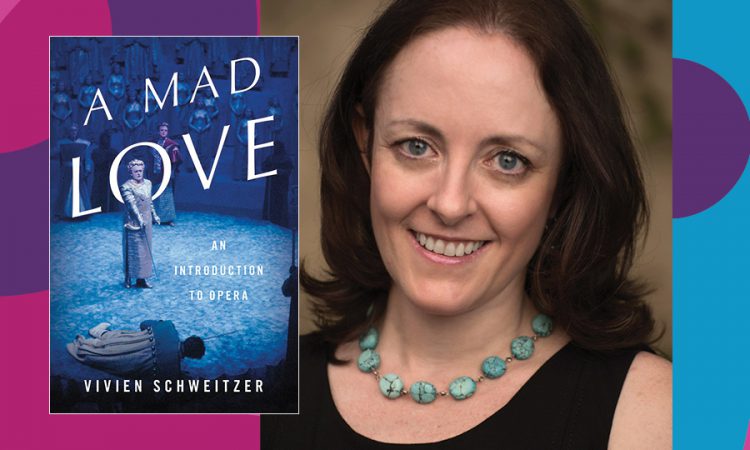 Indie Opera Podcast’s usual suspects sit down for a engaging conversation with author Vivien Schweitzer about her delightfully informative book, A Mad Love: an Introduction to Opera, her varied career as a journalist, a critic and her return to live performance as an accompanist.

As a music critic for the New York Times from June 2006 to June 2016, she wrote reviews, profiles and essays about a broad spectrum of classical, opera and world music. Some of her favorite recent articles include interviews with the composer Annie Gosfield, the pianist Yvgeny Kissin and the mezzo soprano Alice Coote, as well as features about the intersection of politics and music in Istanbul, the resur-gence of sacred music in Caucasus Georgia, and an exploration of what makes mu-sicians ‘ready’ to perform emotionally challenging works. Vivien has also written many reviews and features for The Economist, including profiles of the conductors Marin Alsop and Gustavo Dudamel. She contributes regularly to the New York Times obituary department.
Some recent opera reviews include “Turandot” and “Siegfried”” at the Metropoli-tan Opera,“Tosca” at LoftOpera, and a brand new opera called “The Rose Elf,” staged in a cemetery!

She was born in Mumbai, and is a dual American and British citizen, and growing up in London and Washington, D.C. Early in her journalistic career she worked as a copy editor and reporter for the Moscow Times in Russia, writing stories about topics including mail order brides and the challenges facing foreign missionaries. She has also written about Tajikistan for CNN Traveler and New York’s Chinese diaspora for BBC Online, and reported on festivals in Mexico and Slovenia.

When not writing about music, Vivien enjoys making music and performs regular-ly at various venues including Bargemusic.
She is also a volunteer teacher at the Center for the Integration and Advancement of New Americans (CIANA), a Queens-based nonprofit where she teaches English and Civics to adult students from all over the world.