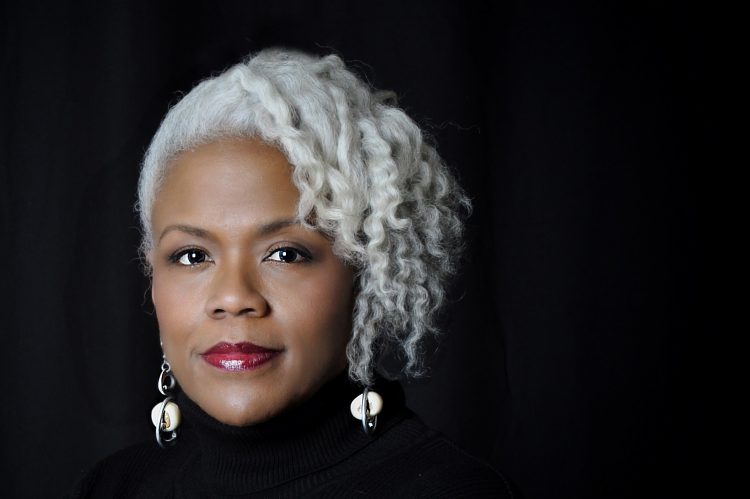 We’ve postponed our October podcast because of illness, and will be releasing a show in a couple weeks. But don’t despair, we have several interviews by Chuck Sachs from Opera Philadelphia’s Festival O 2018, which we will be releasing over the next couple weeks. Christian Van Horn who sang Raimondo in Lucia di Lammermoor, Music Director, James Darrah, and Christopher Allen Music Director and Pianist for Ne Quittez Pas, a reimagined La Voix Humaine, and the powerhouse mezzo Stephanie Blythe. But first we have Marietta Simpson who sang Martha in Lembit Beecher’s Sky On Swings.

Marietta met Lembit in August, 2017 so he could hear her sing.

Creating new roles is an exciting adventure for Marietta, also there are no other performers that you must live up to when singing them.

Sky On Swings is unique in that the two lead roles were created for mature female singers. Usually they would be cast as the mother, grandmother, nurse, etc.

Marietta was born and grew up in Germantown, Philadelphia and still has close family and friends living in the area. She does visit the town frequently when on break from her voice teaching in Indiana

New Solo CD and Recital will be released in February, 2019

Michael Eberhard, Artistic Administrator of Opera Philadelphia contacted Marietta about the role of Martha in the new opera and she was immediately interested.

The idea of someone who has lost their past, but is still seeking to find a connection with someone else in the midst of Alzheimer’s. How could you create that in music & represent it in art was a very interesting premise. Then he told her who she would be playing opposite…Flicka, who could ask for anything more.

Sometimes you can keep looking back at who you were as a musician twenty years ago or when you were in your prime, but the ability of this role and the story is that Lembit wrote for the voices they have now. They are able to bring their experience of 25-30 years with them to perform these roles, but with the voices they have today. And there is something really exciting about that.

How much input did she have into the vocal writing for the opera?

Lembit listened to Marietta sing about 5-6 pieces when they first met and he then wrote 5 score sketches and brought them back. He asked how does this feel in her voice and it was a very honest and open exchange. Does this vowel feel good in this part of your voice, where do you feel you project better, he really listened.

3 months later, the first draft of the score was presented.

Marietta has worked with many different composers, what she loved about Lembit was that he was not writing for the voice he heard in his head, he was really writing for her.

Lembit Beecher was the inaugural composer in residence for three years with Opera Philadelphia, it became his home to learn to write and experiment with the the operatic form. His former work closest to opera before this was the oratorio, And Then I Remember.

There are many unique vocalisms and text settings in the score. Chunks of the text can be highly repetitive. It is really hard to remember text for someone who is losing their mind, because it doesn’t follow a natural pattern. Trying to find one was really difficult, but once it’s memorized, it seems totally logical.

In March they brought in a specialist in Alzheimer’s to discuss patient treatment, etc.

Robin Williams in the movie The Bird Cage is telling a young man about all these different choreographers, but then tells him but you keep it all inside.

There are many supernumeraries in the background of the production, the decision was to leave it unexplained whether they are other residents of the care facility or are they in Martha’s mind. They add so much truth to this production without saying a word.

Has the opera changed from workshop to workshop?

Scene Five where Martha is looking for matches in the kitchen grew longer and it was hard work to relearn the section. There were some word and plot changes from notes received after the workshops from the experts. Winnie’s part was fleshed out more.

It was a very interesting process.