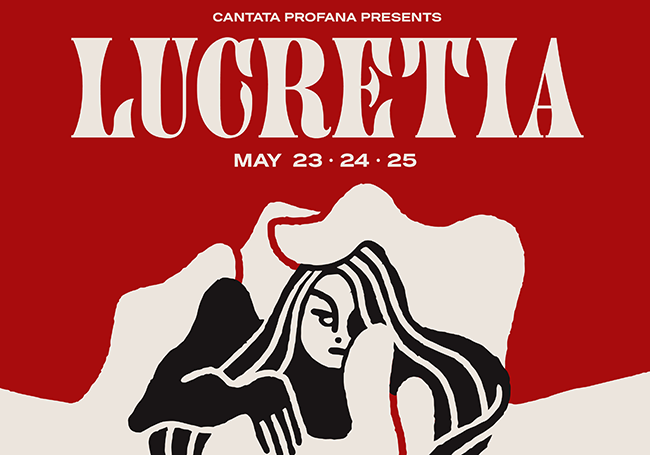 The audacious stars of New York’s Cantata Profana—as comfortable on period instruments as they are on modern ones—juxtapose masterpieces from the medieval era to the 21st century in lovingly curated shows filled with unexpected works and daring theater. On May 23, 24, and 25 they premiere their most dramatically and politically charged creation yet: LUCRETIA at HERE Arts Centeron the Lower East Side (145 6th Avenue). HERE’s Mainstage Theater is a perfect space for the visceral power of the Lucretia story; Handel’s genre-busting cantata needs to be felt up close, the audience contending with the lonely horror of her unanswered pleas from only feet away.