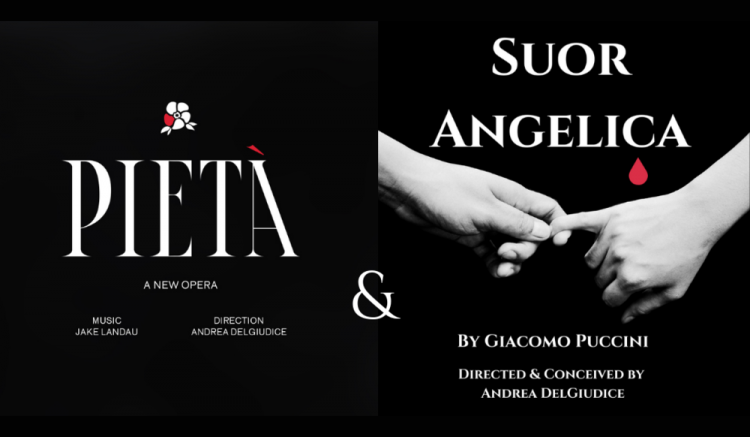 Nowadays, Gianni Schicchi, has a well-deserved reputation as one of the best comic operas. However, its 1918 world premiere at the Metropolitan Opera was less than auspicious. The piece is the last of three one act operas which, when performed together, constitute Puccini’s triptych or Il Trittico.

The plots of each of these three operas range from: a crime of passion in the slums of Paris, to a dishonored aristocrat seeking redemption in a convent, to a prequel explaining the backstory behind a famous character from Dante’s Inferno. At first glance these three pieces may seem like they have very little in common. Perhaps that’s why Puccini–who was originally enthusiastic about his project–said, after the Bologna premiere, that they were “longer than a Transatlantic cable.” However, on closer inspection these three pieces do indeed have a unifying theme: one that can be explained by the Divine Comedy itself.

The first opera depicts a couple whose relationship deteriorates after the death of an infant. This is a contemporary take on Hell. The final opera, in which a Florentine con man hoodwinks a noble family while simultaneously ensuring the success of true love, is a heartwarming stand-in for heaven. This leaves Suor Angelica as a representation of purgatory.

To modern audiences, Suor Angelica is problematic; it is a typical example of the harsh treatment that women have historically received in opera and in real life. Angelica is a young girl from an aristocratic family in 17th century France. She gives birth to a child out of wedlock and in turn, is banished to a convent. Seven years later, her Aunt visits and unceremoniously tells Angelica that her son and her parents are dead. Her Aunt then demands that Angelica sign legal documents that will forfeit her inheritance. With nowhere to turn Angelica signs the paper and later in the evening, poisons herself. However, when she realizes that suicide is cause for automatic damnation, she prays to the Virgin Mary for forgiveness. Her prayers are answered, and she dies in holy ecstasy accompanied by Mary as well as her the spirit of her son.

The flaws in Suor Angelica’s plot are obvious yet it needs to be acknowledged that redemption is a main theme of the piece. To that end, composer Jake Landau who also is the co-librettist  with Andrea DelGiudice have written Pietà(2021) as an answer to Suor Angelica.

If it had not been for COVID-19 Pietà would have had its stage world premiere in Summer 2020. Fortunately, though, the piece was recently recorded in a semi-stage reading in 2021 as part of The Narnia Festival in Narni, Italy. For the world premiere a live orchestra provided accompaniment for filmed singers. On its surface, Pietà is a sequel to Suor Angelica, however, the piece is not that straight forward. The sad fact is that throughout history both opera and classical music in general have been fascinated and disturbed by women on the fringe of society. Pietà aims to give these women, and not just Suor Angelica, the chance to tell their stories.

At the risk of stating the obvious — throughout history the outlook for those born out of wedlock (particularly women) was grim. Those girls were either killed, brought to orphanages where they were taught enough skills to be a governess, or were brought up to become Courtesans. While none of these options are ideal, the fact is that each of the choices had their advantages.

For the most part Courtesans had long-term affairs with rich young noblemen, either for sex or for love. This meant that they had to be educated in subjects like literature, foreign language, politics, and music in order to captivate the attention of prospective lovers. Since these women were considered illegitimate, they lived on the edges of society. In exchange for companionship, they received lavish apartments, fine clothing, and were invited to all the right parties. This also meant that they were typically not confined by societal norms. Women of legitimate birth led lives dominated by the men around them (whether it be their fathers, husbands, or sons). Yet by contrast, courtesans were actually usually able to manage their own money.

The Baroque composer Barbara Strozzi is a perfect example of that. The illegitimate daughter of the composer Guillo Strozzi who famously raised her as a Courtesan and taught her composition. She sold many of her pieces to her lovers. Consequently, her work became a crucial part of her income, which remained solely in her control. We see further evidence of this in famous operas such as La Traviata where in Act II Violeta is running Alfredo’s estate and there’s even a reference to her bouncing a check.

The other common path for illegitimate girls was to be “given” to an orphanage. The need for orphanages and other public institutions that could care for illegitimate children during this time produced several famous orphanages–among them the Ospedale Della Pietà in Venice. This girls’ home had a world-renowned orchestra which also famously gave the world premiere of Vivaldi’s Four Seasons.

Jake Landau’s opera Pietà is essentially a mashup of Suor Angelica with the story of the Ospedale Della Pietà. The libretto essentially depicts the intersection of three girls’ stories all centered around the Pietà. The protagonist Alma Lyrica falls in love with Giorgio (who we soon realize is Sor Angelica’s son), who is being raised by people he believes to be his grandparents but are actually his Aunt and Uncle (and his Uncle is also his Father). His Aunt Editta is a former student of the Pietà who is now in a loveless marriage with Uncle Ugo mostly caused by her inability to have a child. Additionally, the opera features a street urchin and a non-verbal violinist who begin a lesbian relationship. In short, these three couples are all looking for redemption in some way.

For its world premiere Pietà (2021) was given in a double bill with a new take on Suor Angelica. It was directed by Andrea DelGiudice which sets the story in Ireland in the mid-twentieth century–when unwed mothers were forced by the Catholic church to give up their children for adoption. This practice has recently received increased media attention from movies like Philomena (2013), starring Judy Dench.

Landau’s score is lush and lyrical. With ample opportunities for each character to show off their musical and dramatic capabilities even smaller roles like the Nun who runs the Pietà calls for a singer who can navigate difficult coloratura embellishments while being able to highlight the character’s conniving nature. The mezzo, soprano, tenor, and baritone who play Editta, Alma Lyrica, Giorgio and Ugo respectively, are all given juicy musical and dramatic moments. Many of which feel more like scenas instead of the typical arias and duets. Consequently, the piece calls for a true ensemble cast. Even Odele, the nonverbal violinist, has a virtuosic instrumental part in the duet with her lover Fia. In terms of orchestration, the building block of the score is an ostinato figure in the base which at turns sounds either bright and sparkling or ominous. The score also includes many allusions to other famous works. The end of the piece has the residents of the Pietà perform a Vivaldi concerto. Additionally, the opening bars of Suor Angelica depict the bells of the convent calling the nuns to Mass. Here they play a much more dynamic role. Throughout the score, the bells modulate from sounding serene and peaceful to foreboding.

The spliced aspects of the filmed production had mixed results. At its best, the combination of music and illustrations with each scene heightens the emotional impact of the piece. Much the same can be said of the shots of the singers taken after particularly dramatic numbers. However, the dispersal of other footage of rehearsal throughout the score took the audience out of the moment, lessening the impact of the piece.

This double bill of Pietà and Suor Angelica is more than simply an update of Puccini’s opera that is meant to appeal to contemporary sensibilities. By offering a more multifaceted take on the plot, audiences get to hear a plurality of voices on an issue that is unfortunately still very much present. Consequently, the issues brought to light by these operas are more nuanced, and the people they depict are much more real.