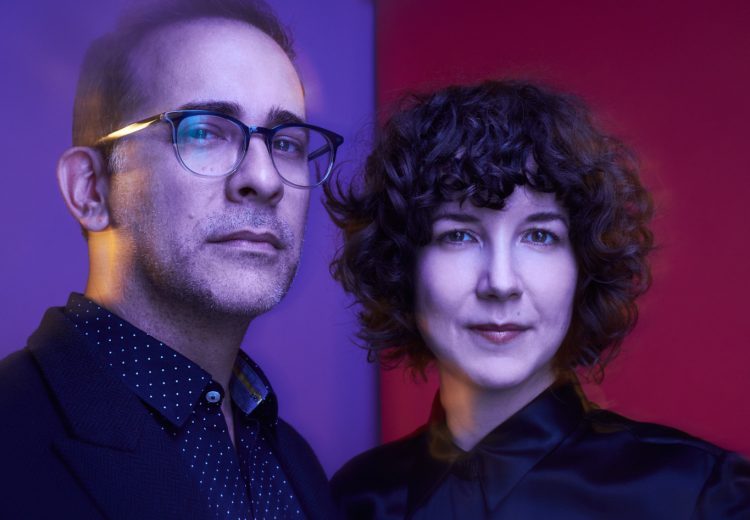 Matt Gray & Mila Henry from The American Opera Project (@aopopera on Facebook and Instagram) tell our usual suspects all about the Composers & the Voice training program which is in it’s 10th session of 2 year fellows, AOP’s Collaboration with the NYU Opera Lab and the family and schooling that shaped their lives and careers as creative artists.

Sort of Everything You Ever Wanted to Know about AOP

Darkling, an opera with dialogue

Harriet Tubman: When I Crossed That Line to Freedom, an opera

2 operas which began development by their creators while C&V fellows:

As One, a chamber opera

Matt Gray was named General Director of AOP in 2019, assuming leadership of an
organization with over thirty years of history creating and defining new American opera
theatre. He began at American Opera Projects in 2003 and was promoted from Office
Manager to Program Manager to Producing Director, a position he held for the past ten
years during a robust time for the organization and for contemporary opera in the United
States.

Matt Gray has a Bachelor of Fine Arts in Film Directing from the University of North
Carolina School of the Arts. He spent several years in New York City working in both
indie film and theatre before joining AOP ? having never seen an opera. He quickly
relied on his background in film and theatre to develop AOP projects from the point of
view of an audience member unfamiliar with opera, but well-versed in popular
entertainment and modern storytelling, and continues to lead AOP with the goal of
creating works for the stage that welcome new and adventurous audiences.

Mila Henry is a music director, pianist and conductor, as well as the Artistic Director of
Brooklyn-based producing company The American Opera Project (AOP). Hailed ?a
stalwart contributor to the contemporary opera scene? (Opera Ithaca), she provides
musical dramaturgy to AOP works in development and serves as Head of Music for their
renowned Composers & the Voice training program for composers and librettists.

A native of the Philadelphia area, Mila holds degrees from the Manhattan School of
Music (Master of Music, Collaborative Piano) and Elizabethtown College (Bachelor of
Arts in Music, Piano).

Fort Greene’s The American Opera Project (AOP) has been at the forefront of the
contemporary opera movement for over thirty years through its commissioning,
developing and producing of opera and music theatre projects; its training programs for
emerging composers and librettists; and the organization’s community engagement. AOP
operas show the wide range of what is being created today — from poetry-theatre such as
the Holocaust-themed Darkling by Stefan Weisman and Anna Rabinowitz to the
chamber opera Hagoromo composed by Nathan Davis with a libretto by Brendan
Pelsue that starred dance legends Wendy Whelan and Jock Soto, numerous puppets, and
a children’s choir to stories of African-American history including Harriet Tubman:
When I Crossed That Line to Freedom by Nkeiru Okoye and The Summer King by
composer Daniel Sonenberg with a libretto by Sonenberg, Daniel Nester and Mark
Campbell; and numerous groundbreaking works on LGBTQ themes that include Gregory
Spears’ first opera Paul’s Case, Paula Kimper and Wende Persons 1998 opera
Patience & Sarah — the first opera about a lesbian relationship — and the popular As
One by Laura Kaminsky, Mark Campbell, and Kimberly Reed, the first major opera
about the life of a transgender person, that since its 2014 premiere has become one of the
most widely produced contemporary operas in the U.S. and Canada, with more
productions in the 2017-18 season than even Aida and The Magic Flute.

In 2019, General Director Matt Gray and Artistic Director Mila Henry assumed co-
leadership, changing the organization’s name from American Opera Projects to The
American Opera Project, signifying a shift from being a collection of projects into an
active mission to present American Opera as a forward-thinking and unending artistic
experiment that melds artistic genres and recognizes the operatic story in every life.

“They Will Not Ask” from the opera Darkling, Music by Stefan Weisman, Libretto by Anna Rabinowitz. Flux Quartet, Hai-Ting Chinn

“Paper Route” from the opera As One 2019 Studio Recording (Label: Bright Shiny Things)