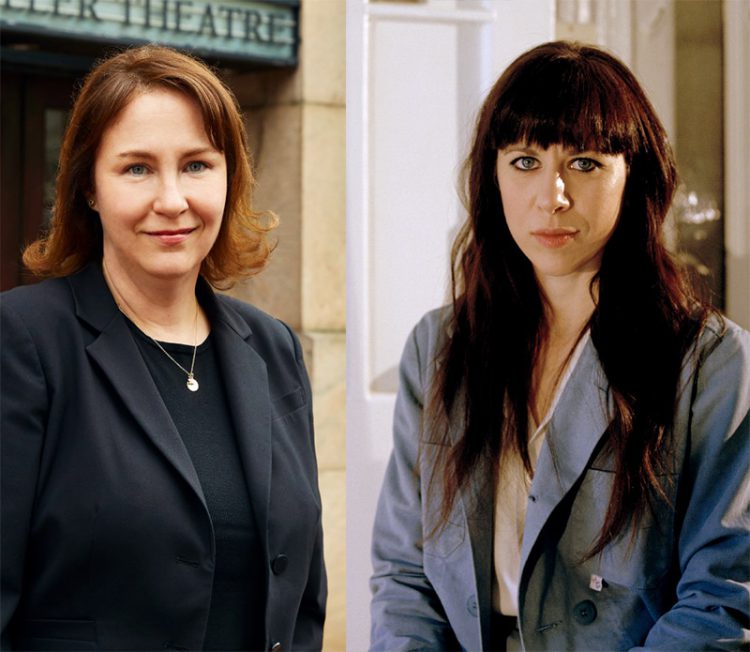 Missy Mazzoli and Melissa Smey join Peter, Brooke & Walker to talk about the New York premiere of Mazzoli & Vavrek’s chamber opera, PROVING UP this September 26 & 28,  Miller Theater at Columbia University as well as other works by Mazzoli and the new Chamber Opera Initiative of Miller Theater.

1st production was part of the American Opera Intiative

2nd production was as part of Opera Omaha ONE Festival

3rd production as part of the Chamber Opera Intiative

Opera story has some supernatural elements and is about the fictional Zegner family who are homesteaders in the late 1860’s in the process of trying to “prove up” to gain the final deed to their land.

How to prove up:

Virgil Thomson, The Mother of Us All

Elliot Carter, What Next

PROVING UP staff/cast in Omaha and at the Miller Theater

In this opera, the “villain” of the the story, The Sodbuster doesn’t show up until the last 20 minutes of the opera and then doesn’t stop singing.

Andrew Harris was singing the lead of Handel’s Ariodante in a deconstructed, audience interactive version in rep with Proving Up.

Missy intentionally chose to bring a different sound to the orchestration for this opera than the one she used for Breaking the Waves. It was inspired by what the sound of drought might be, including instruments such as the harpsichord, the harmonica and 7 differently tuned guitars.

Vespers For a New Dark Age, a vocal work with chamber orchestra

It reimagines the traditional vespers prayer service, exploring the intersection of our modern technological age with the archaic formality of religious services.
Missy has always been attracted to dark subjects, stories that look at sec, death and violence. As has her principal librettists, Royce Vavrek, i.e. the stories of Angel’s Bone, Vinkensport, Dog Days, etc.
She grew up in rural Pennsylvania studying and playing the piano, although her family is non-musical.

Two new orchestral works that are more positive are:

2. Ecstatic Science for a sextet of instruments

The Composer Portraits and other music series of Miller Theater are well supported by NEA & NYSCA.

Missy Mazzoli has new opera commissions in process, one of them is for Opera Philadelphia and Norwegian Opera.

Victoire is the music ensemble she founded to explore the boundaries between classical, electronic and modern pop music.

WHAT ARE WE LOOKING FORWARD TO SEEING:

MUSIC BY Missy Mazzoli
LIBRETTO BY Royce Vavrek
Adapted from the short story “Proving Up” by Karen Russell
Co-commissioned by Washington National Opera, Opera Omaha, and Miller Theatre at Columbia University
Wednesday, September 26, 8 p.m.
Friday, September 28, 8 p.m
The performance runs approximately 75 minutes with no intermission.
Composer Missy Mazzoli and librettist Royce Vavrek thrilled audiences and critics alike in 2016 with the premiere of their opera Breaking the Waves. This dynamic creative duo reunites for Proving Up, a harrowing tale of a family’s pursuit of the American Dream set in post-Civil War Nebraska. Miller’s 30th Anniversary Season opens with the New York premiere of this chamber opera that is by turns optimistic, exultant, and menacing.