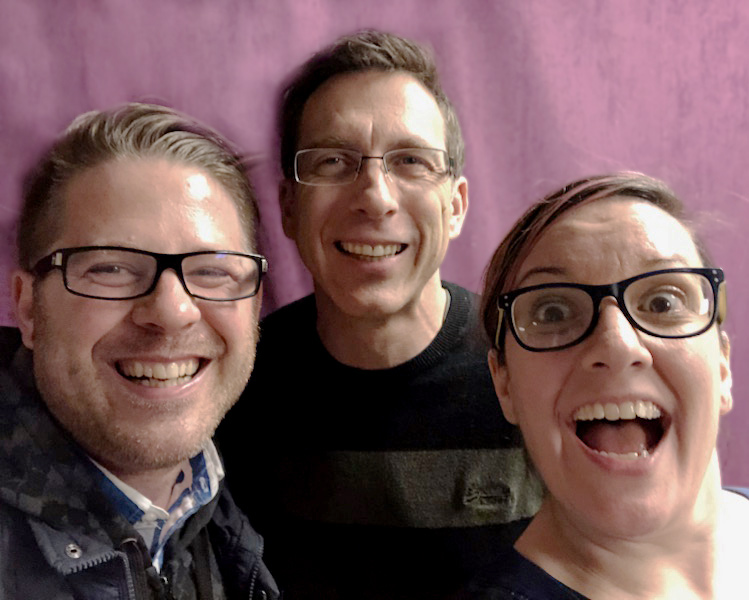 On this mega show, we play clips from The Opera America Discovery Grants for Female Composers and music from the 2018 New York Opera Fest. This is the most diverse collection of opera ever assembled into one place, so if you ever wanted to know where opera is now, this show is for you.

Opera America Discovery grants from the Opera Grants for Female Composers Program
Funded by the Virginia B. Toulmin Foundation

Reminds Walker of another composers style:
Stewart Copeland
The Tell Tale Heart, based on a story by Edgar Allen Poe

This show follows the story of a girl, who they call Our Girl, who shares a birthday with Columbine shooter Dylan Klebold. She is part of an online group that call themselves Columbiners, who, while they do not condone acts of violence, harbor fascination and empathy for the shooters.

Germaine Franco, composer
Adrian Molina, co-writer
Coco, animated movie musical
Disney Company
CLIP 1: Ahora – This is a Corrido from a Theater work called the Language of Flowers,  written by Edit Villareal (Lyricist and Writer).It’s a modern take on Romeo and Juliet, set in LA. This is Romeo singing about how he has fallen for Juliet.
CLIP 2: No Me Dejas Atrás.  – This is a cumbia from the film Margarita. Directed by Dominique Cardona and Laurie Colbert. The character Margarita is enjoying a day with her partner.

Cyborgs Are Dancing, opera in development
based on Petrarch’s Canzonieres

The opera is about Welch’s great-uncle Edgar Kneedler’s inspiring story of survival in a Japanese prison camp in the Philippines during WW2 and illustrates the power of music to create bonds between cultures and to transcend the greatest adversities.

CLOSING CLIP, Lisa DeSpain, WHERE YOU GONNA GO, HONEY? Julia Murney (Mae), 1901 – New Orleans A young destitute girl with infant in arms, has wandered into the STORYVILLE District. Found by a madam, this “Mother” assesses the situation, gives the girl a dose of reality, and  presents options.